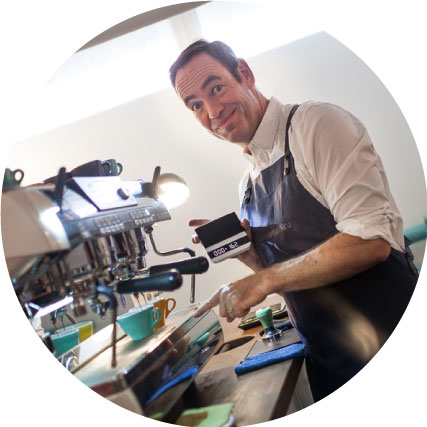 Gwilym started to work with coffee in 1996 while in New Zealand. Afterwards he managed several cafés in London. You could also meet him at different markets and at the East London clothes shop, Present, where he was using a Victoria Arduino lever coffee machine.

In 2009 he won the barista competition and became the World barista champion. His competition career was the shortest in history of WBC, only three months.

Since 2013 he has lived in the Czech Republic where he opened his own training centre with a focus mainly on giving classes.

He is authorized trainer of SCA (Speciality coffee assn.) and Barista Hustle. Therefore, we offer the official certifications.

2018 he opened with Petra a roastery called The naughty dog. 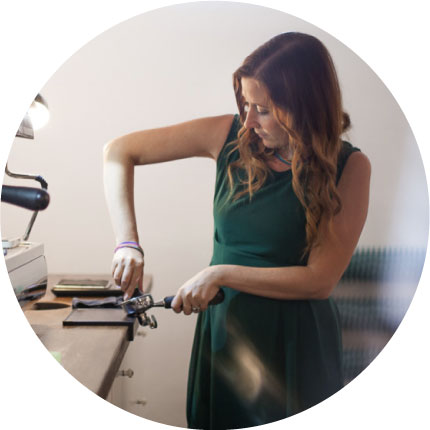 Coffee changed her life in 2004, when she opened a cafe U Zlatého korálku in Jílové, close to Prague.

She has participated in a number of competitions and twice became the Czech National Champion. Over the years, Petra became a National judge. She passed the exam for a sensory and head judge at the World Barista Championships. judging the final at the Worlds (Melbourne, Rimini and Seattle) was the best coffee experience she has ever had.

In 2008 Petra opened her own training centre that holds a variety of different trainings. She works mainly with beginners and also enthusiasts, professionals and home users.

2011 Petra sold her coffee shop and focused just on the barista trainings. 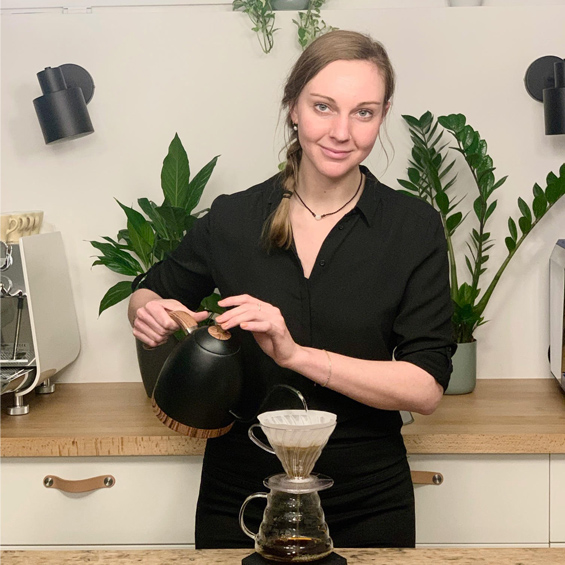 She first tasted speciality coffee at our basic course in 2015. The whole culture fascinated her so much that the day after the training she went with her CV to the Double B café and roastery in Prague. After less than two years she moved to a more busy and lively café Ema espresso. In 2018, she anchored in Onesip coffee as a barista and manager. She still appears there several times a month with a smile behind the bar.

During her coffee journey she also helped at the Brewbar on Prague's Náplavka, coffee festivals, and in the Candycane coffee roastery.

Since the end of 2020, she has been leading all trainings with us and has also started helping out at our roastery, The Naughty Dog. She prefers filtered washed processed coffees and a croissant dipped in it. 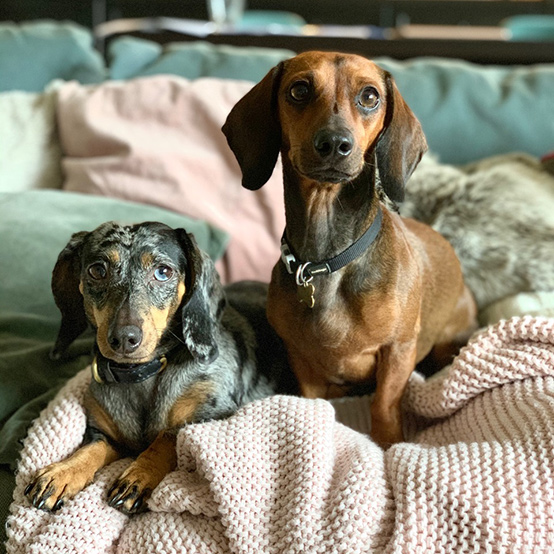 Very important part of our team are our 2 little sausage dogs who are overlooking on the right direction of the trainings from their baskets. Mrs. Jenny Brown has an unusual colour, she looks like black and grey tiger. She likes her own space and quiet, she loves to sleep a lot. The other girl is ginger Mája. She is young and shy, but she loves to play a lot.

We can send you a gift certificate to any training we do.

The coupon is open and valid for half a year.
The receiver can choose a date for that course by themselves.
We send the coupon as pdf via email together with an invoice with instructions to pay for to gift coupon.

GIVE A GIFT CERTIFICATE
SIGN UP FOR A COURSE

You can sign up for our courses via email info@kavovekurzy.cz or you can click on the button “SIGN UP FOR A COURSE” a do it via form.
We need your full name and telephone number. If you need an invoice for a company, then we will need the company details.
For a training we will send you an invoice for 1.000, - as a deposit. The rest is paid by cash at the course. If you signed off the course later then 10 days before the date the deposit is not refundable.

TRAINING CENTRE IN JÍLOVÉ U PRAHY

You can park your car by the training centre.